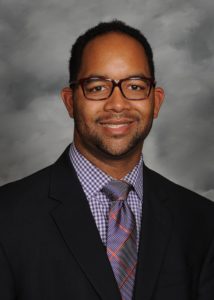 Throughout his career, Aubrey Christopher Hooper has brought vision, creativity, leadership, innovation, relentless passion, entrepreneurial spirit, political savvy, and strategic thinking to every endeavor he has attempted. He has the ability to bring talented people together to form cohesive leadership teams within organizations and build collaborative advocacy coalitions among very diverse stakeholders. A nationally recognized community leader, Aubrey thrives on challenges and seeks to develop and foster leadership in others. He has over 20 years of experience in community organizations and nonprofit groups includes creating national leadership development and educational programs, building community partnerships, and developing community involvement strategies.   In February 2015, Aubrey was elected to the NAACP National Board of Directors at age 32. Currently, he is Vice Chair of the National Education Committee and a member of the Finance, Executive, Image Awards, Advocacy and Policy Committees.  This is his second stint as a member of the National Board; he previously served as a youth member.  On February 18, 2017, Aubrey was elected Assistant Secretary of the NAACP National Board of Directors, making him the youngest board officer in the history of the organization at age 34.

While serving as a youth member of the board, he served as member the Executive, Budget / Finance, Education, Criminal Justice committees.  He also served as Vice Chair of the National Education Committee and Vice Chair of the National Convention Planning / Oversight Committee.  Prior to joining the NAACP National Board, he served as Chairman of the NAACP National Youth Work Committee providing oversight for the programmatic thrust of the organizations more than 600 youth and college units.  His activism with the NAACP started at the tender age of 9.

At the state level, he is the 2nd Vice President of Texas State Conference of NAACP Units.  The Texas State Conference is responsible for the oversight and coordination of all of the NAACP units in the State of Texas.  As 2nd Vice President, he is responsible for supervising several programmatic committees of the state conference and serves as a member of the Texas NAACP Corporate Advisory Council.  Elected in 2005 at age 22, he is the youngest vice president of a state conference in the organization’s history.  In addition to serving on the national and state level, Aubrey is the former 1st Vice President of the Dallas local branch, serving a brief period as Interim President. On December 31, 2016, he was sworn in as the President of the Dallas NAACP.  At the 2017 NAACP National Convention, he was honored by the NAACP Youth and College Division with the prestigious Roslyn Brock – Hazel Dukes Awards.

Professionally, he serves as a Campus Administrator with the Dallas County Juvenile Department.  In this position, he is responsible for providing leadership and coordination to the instructional, operational, and administrative program activities of the Education Division of the Dallas County Juvenile Department’s Academy for Academic Excellence.  He previously served as a lead teacher and a quality assurance professional with the Juvenile Department prior to his leadership promotion.  Prior to joining Dallas County, he served as a teacher with the KIPP organization in Dallas.  In 2011, he was elected to serve on the DeSoto Independent School District Board of Trustees and has served as Secretary and Vice President.  In May 2017, he was inducted into the DeSoto ISD Hall of Honor for Distinguished Service.

Mr. Hooper is a member of Alpha Phi Alpha Fraternity, Inc., the Golden Key International Honor Society, Pi Sigma Alpha Political Science Society, Omicron Delta Kappa National Leadership Society and graduated cum laude from Morehouse College in Atlanta, Georgia in 2005 with a B.A. in Political Science, where he served as the Vice President of the Student Government Association under the leadership of his close friend Hon. Bakari T. Sellers.  Currently, he is pursuing a doctorate in Urban and Public Administration with a policy concentration from the University of Texas at Arlington, which is where he received his M.A. in Urban Affairs and Policy.  He is a life member of the NAACP and is affiliated with several organizations including the Morehouse National Alumni Association, Big Brothers Big Sisters, and the National Urban League.  Mr. Hooper has been recognized for his community and civic accomplishments by, among others, the NAACP, Texas Conference of Black Legislators, Dallas Independent School District, DeSoto Independent School District, UTA Shorthorn, and the Morehouse College Student Government Association.